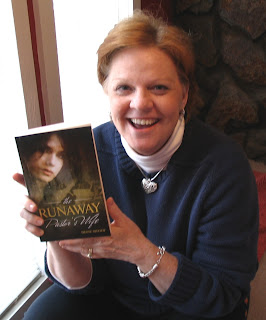 Since my last post, the paperback edition of my new novel, The Runaway Pastor's Wife, has been released! [Click here if you'd like to order a copy. Go ahead. We'll wait . . .] I could not be happier with it! Since its release, I've had several booksignings and speaking engagements. It's been such a trip to see how pastor's wives react to the title. "You wouldn't believe how many times THAT thought has crossed my mind . . ."  Seems those frustrations I felt back when I wore their shoes weren't so unusual after all.
In a couple of weeks I'll be taking part in a panel discussion at a seminary wives' retreat at Midwestern Seminary in Kansas City, Missouri. My sister is on faculty there and when she heard about the retreat, she mentioned my new novel to them. Next thing I knew, an airline ticket to Kansas City appeared with my name on it. I'm looking forward to talking to these women. And rest assured I won't be a Debbie Downer (though how fun would THAT be?) Instead, I'll tread lightly but share a few things I've learned along the way.
Want a sneak preview? To those whose husbands will soon become pastors, I might include the following advice:

1. If some dear soul in your church tells you God told her you're supposed to lead this group or head that event or organize this banquet or chair that committee? One word: RUN!!! Here's a little secret. If God wants you to do something like that, I guarantee He'll tell you, not someone else. When we arrived at our first church out of seminary, a church member immediately approached me and said God had told her I was to be in charge of VBS, which was only about three weeks away. I had just suffered a miscarriage and let me tell you, I was a wreck. I can promise you God did not want me to lead VBS that year! 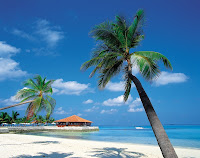 2. You don't have to be at church every moment the doors are open. Really. You don't. Contrary to popular belief, it is not written in concrete. Anywhere.
3. Be very, very careful of those bearing expensive gifts and offers of fabulous trips or new cars. They often come with strings attached. Just so you know.

4. You don't have to be on every committee, sing in the choir, teach Sunday School, work in the preschool, and lead a women's Bible study once a week. What you should do are those things God has called and equipped you to do. 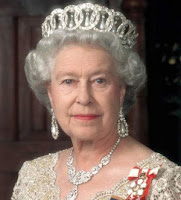 5.  FYI: you are not the church queen. It's not necessary for you to be involved in every tidbit of the church business; in fact it can be quite unhealthy if you do. Just because you're married to the pastor doesn't mean he and his entire staff need your advice on every church matter that arises. He may confide in you when it's appropriate, but the future of the church shouldn't depend on your personal dictates.


6.  Let your kids be kids. They aren't perfect but neither are the rest of the kids who come to church, and it's not their fault they have to live in a fishbowl. If Mrs. Persnickety wants to tell you every time little Johnny gets a time-out in his kindergarten Sunday school class for scribbling like a mad man on his picture of Jesus feeding the 5000, just smile, thank her, then be sure to hang up the little masterpiece on the fridge door when you get home.

7.  If you aren't a people person, chances are you shouldn't be a pastor's wife. Trust me on that.