Just in Time for Christmas! 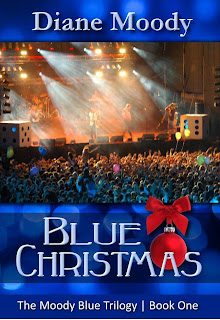 I am SO thrilled to share my newest book release with you!! There's quite a history behind this book, and the fact that I'm about to see it in print has just about snapped my garters! (Weird, since I don't wear them, isn't it?) Here's the official blurb, but don't miss "the story behind the story" following!

Working late on Christmas Eve, college senior Hannah Brooks is in the midst of a full-blown pity party. When a last-minute customer invites her to a candlelight service and a late-night family dinner, Hannah reluctantly accepts. She has no idea this kindhearted woman is the mother of Jason McKenzie—leader singer of Out of the Blue, the hottest band in the country—and Hannah's childhood idol. The evening ends with an innocent kiss (sans mistletoe) as Hannah is swept away by Jason's unpretentious manner. Over the holidays Hannah and Jason’s relationship grows, but when turmoil and tragedy strike at the very heart of his famous band, their newfound love is put to the test in the glare of the paparazzi spotlight.
﻿
﻿Now for "the rest of the story." When our daughter Hannah was a teenager, she was absolutely obsessed by a band whose music topped the charts and won them Grammys by the armful. It reminded me of my own teen years (my bedroom walls were covered with pictures of The Monkees - blushing here . . .) so I understood. As a gift for her that Christmas, I wrote a short story about a college-aged girl named Hannah who quite inadvertently meets her teen heart-throb. I didn't know it then, but it would later be labeled "fan fiction." Who knew such a genre existed?  I printed it off, tied it up with a red ribbon and slipped it beneath her bedroom door. She loved it! 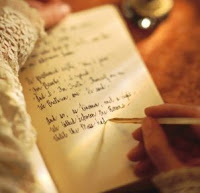 She also shared it with her friends. They loved it and begged me to write more. (No sweeter words to an author's ears!) And so I did. Hannah & I would pile up on the sofa after she got home from school and talk about plot twists and story lines. I loved every minute of those days. This was back in 1999, when the internet was just taking off. Eventually our story ended up on one of the official websites for that band and struck gold! Eventually we would have over 80,000 hits on our page and well over 1000 individual emails from fans - including those who wrote to ask questions about that thread of faith we wove through the story. Those were my favorites.

The whole experience was such a blast. The best part was the bond it gave Hannah and me. Not long after, she won front row seats to see her "boys in the band" from a local radio contest and invited me as her front row guest. How sweet was that?! Precious memories, that night.

But it was also a turning point for me as an author. All those comments and emails helped me realize my love of writing just might have a future. Maybe this passion God placed in my heart had a purpose after all. So in a way, God used this little love story to send me a message. One I'll never forget. 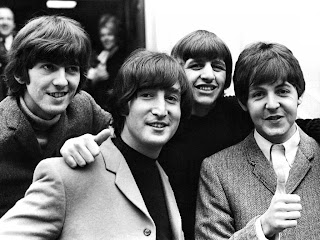 And so you see, this is a special story for me. The characters have all been changed, the band is ficticious, but the story is the same. And it's one of my all-time favorites. To this day it still plays like a movie in my mind, the music and scenes as real as anything I've ever seen on the big screen. And that final scene in Chapter 27? Oh baby!

Over the years as I've told friends about the story, no matter what their age, I've discovered they too had pictures plastered on their walls. Whether it was the Beatles, Herman's Hermits, the Beach Boys, the Who, NSync or New Kids on the Block, it seems we've all had a thing for the boys in the band. 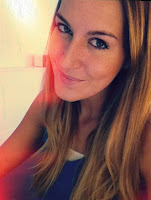 My Hannah is all grown up now, and last I checked, there were no rock star posters on her walls. I couldn't be more proud of her. And I'm so pleased to finally be able to dedicate this book to her. Love you, Nanner!

I can't wait for you to read my new baby! If you have a Kindle or e-reader, it's just 99 cents on Amazon. The paperback will be available in a couple of weeks for a little more, but who doesn't love the feel of a new book in their hands? And what a great Christmas gift for you or someone you know who once loved those boys in the band . . .